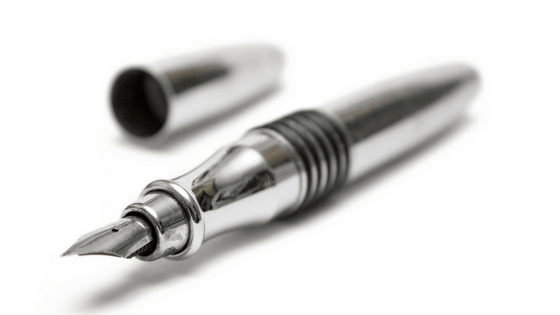 Sell me this pen

Do you remember the line from the wolf of wall st when Jordan Belfort challenges his team to “sell me this pen” and no one was able to do it. Well read this quick story on how one company made millions selling a simple pen and how you can take the principles and use it in your fitness business to sell more.

Back in the 1960's when the Russians and Americans were racing to be the first on the moon the american were scrambling to invent a pen that could write in zero gravity.

If you know how this story goes then you will know that the crafty Russians had a far simpler and cheaper way of doing things.

Yes they worked just fine, but they were a firehazard on board a spacecraft and by trying to save money there, they were risking a much bigger cost later on if there was an accident.

In fact one company employed by NASA spend $1 million on this project and in 1967 NASA ordered 400 Anti Gravity pen's that could write upside down or in extremely hot or cold environments.

It took a year later for the Russians to catch on and they started buying the pens in bulk themselves.

The pen company “AG Fisher” launched a range of space pens of the back of this and made millions, and it was all down to solving a problem and creating it into a want.

People bought millions of these pens becasue they could write in space, yet it was just a pen, but despite the fact they bought the pen they weren't really buying the pen…

….they were buying the story behind the pen.

Whats the story behind what you do, and i don't mean your qualifications or how you played sport at school and decided to be a personal trainer.

I mean whats your story, what's your struggle, whats the real you, whats stories can you tell in your emails to make them more interesting, instead of telling people what to eat or what exercises to do.