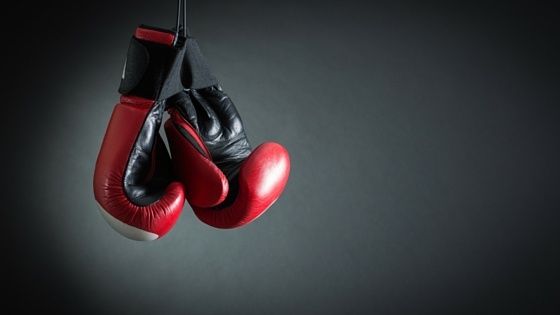 Does Your Personal Training Business Have Lead Boots?

The legend of Muhammad Ali and the British lead boots. As you probably heard over the weekend we lost a true sporting legend in Muhammad Ali. I have a picture of him knocking down Sonny Liston in the 1st round pride of place in my office, next to some of my Everton photos.

In fact not only was Ali a sporting legend, he also stood up for his beliefs to the point where he risked 5 years in prison for refusing to join the US army during the Vietnam war.

Back in 1963 at Wembley, Ali who was still Cassius Clay at the time fought a British Heavyweight called Henry Cooper.
In fact Cooper knocked Ali down in the 3rd round, but couldn't go on to finish him off.

Cooper became known as the nearly man who knocked down Ali and it was all down to one huge glaring omission on his part.

He didn't have a trainer or a coach for the fight.

He trained and coached himself in the run up to the fight and was so under-prepared and unconditioned that he had to actually wear lead boots for the weigh in to get up to weight.

He had no one experience to help his in the corner to finish Ali off when he had the chance.

The rest of course is history.

Ali went on to be a superstar and Cooper went on to star in a commercial for Brut Aftershave.

That what we do here at InternetFitpro

We are working hard to get our new website live today complete with our new Starter Website Package. Here s a sneak peek for you if you want to check it out