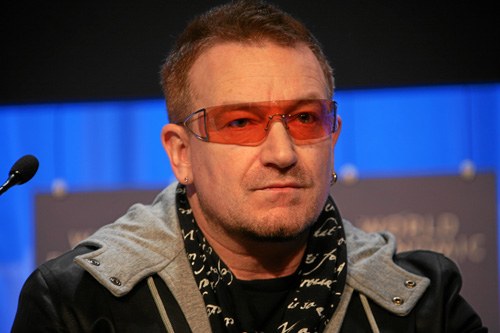 When you're a kid growing up in Ireland in the 80's like I did, it was the actual law to be a U2 Fan.

Here's the thing though.

Bono has become a bit of a jackass lately.

Bono has done something far far worse than all of that.

He forced his stuff on people who didn't want it.

Didn't ask for it and didn't want it.

Had no way of opting out of it or saying no.

If you dont know the story, U2 did a deal with Apple which basically auto downloaded
their new album on everybodys Iphone.

Check your iphone and it will be on there in itunes

It caused uproar, people were pi$$ed off.

When you don't give people a chance to unsubscribe.

Most people call it spam.

We call it jackass marketing.

Build a permission based email list. Build trust and the clinets will flood in.

Just one of the reasons why we are guaranteeing you a pay rise of £36k a year when you jump on our website in a week program that starts next Monday 27th October.

There are only 10 place and 2 have already gone and we'll teach you exactly how to build
your own permission based email list and me more kickass than jackass.

We are not accepting jackasses so you can only get on board after i've spoken to you first.