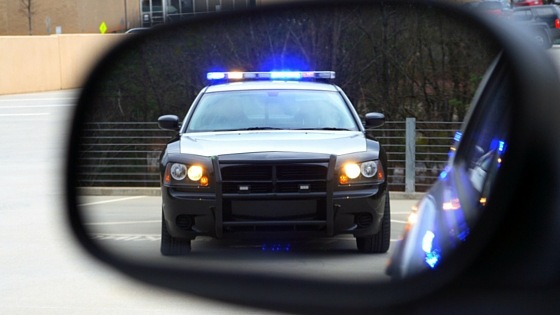 I had to drive from Manchester up to Glasgow and back yesterday for a family funeral, my wife's great aunt. She was well into her 90's and had her good innings.

It was a long day and have to admit the 4 hour drive each way knackered me but it took a bit longer on the way home because everyone kept telling me about the Scottish police.

All the Scottish in-laws warned us about the speed cameras and police sitting on the Motorway bridges.

Even my wife had been caught on a previous trip to see her Grandparents.

So what did I do?

I stuck to the speed limit* until I got out of Scotland and back on the the relative leniency of the M6.

I didn't fancy 3 points, a hike in car insurance, or even having to take a day off to go on a speed awareness course.

I was changing my actions based on fear of all the above and fear is a powerful motivator for changing behaviour.

Both in your favour and against you

So question for you:

What are your potential fitness clients fearful of and how can you override it or use it to your advantage to help them?

Fear of failure?
Fear of wasting money on stuff that doesn't work?
Fear of being the fattest or least fit in your class or bootcamp?
Fear that they wont be able to keep up?

^^^ You need to help them over come those in your marketing.

Fear of disease or even early death?
Fear of not being around for their kids?
Fear of being alone and never finding love?

^^^^ Very powerful stuff that you could be using in your marketing.

Thing is this is just an example of one emotion and we know that people buy fitness for emotional reasons.

^^^^So that's what you gotta sell. Sell the feeling, sell the emotion.

You should always drive at the speed limit 🙂